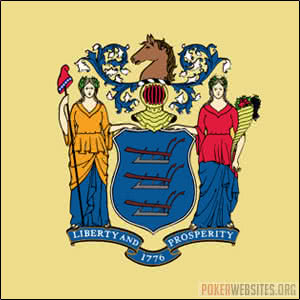 New Jersey is actively working to expand its player pool to a more international audience, setting the stage for a major shakeup in overall player traffic to the Garden State.

New Jersey’s online gambling scene is looking to take its show on the road – and well beyond the few states it currently pools its traffic with.

In fact, lawmakers are looking to expand the NJ poker scene on a more GLOBAL level and start merging player pools from sites all around the world.

This could potentially make New Jersey one of the biggest and most popular poker hot spots in the country, something locals have already known for years.

Legislation has been brought forward by State Senator Ray Lesniak in the form of bill S3536, which would permit the New Jersey Division of Gaming Enforcement to allow for internet gaming equipment to be placed outside of the state.

This bill is aiming to basically jumpstart international wagering between NJ residents and those located outside of the country, thereby increasing not just player traffic but long-term profits for all the parties involved.

State Senator Ray Lesniak is a name that many of those involved in New Jersey iGaming have grown familiar with over the past few years, as he has long been known as a champion for online gaming efforts in the state.

He has also been very outspoken about his efforts to legalize sports betting in the state and has made it no secret that he’s always believed that New Jersey should forever be recognized as a “gaming state” above all.

Lesniak’s introduction of S3536 will most likely be his final contribution as a New Jersey Senator, as he is retiring at the end of his term in January 2018. According to the summary statement of the bill, it allows the division to permit Internet gaming equipment to be located outside of Atlantic City if the division deems it necessary to facilitate the conduct of international Internet wagering.

If legislation passes, it would clear the road for New Jersey gaming partners to pool together player traffic with international jurisdictions. Unfortunately, due to the current laws in place, these partnerships have always managed to hit a snag.

David Rebuck of the NJDGE states that our law is very restricted in that the gaming servers, the actual gaming servers that allow for the outcome of the game to be determined, have to be in Atlantic City, and that’s just not a business model they are willing to adopt. With these aforementioned provisions in place, many international gaming jurisdictions aren’t looking to pay excessive expenses to set up additional gaming servers.

If the bill manages to clear all the necessary legislative hurdles, it would make it a lot easier to set up proper servers outside of the country and have it potentially be cost-effective for all companies involved.

There is zero doubt in my mind that the passing of this bill will increase player pool traffic by a very solid amount. With increased player pools, revenues will continue to rise with it.

New Jersey already made a pact to share its player pools with other legalized iGaming states such as Nevada and Delaware, and traffic has definitely been boosted since that agreement was signed.

The involvement of an international player base would only make the games and tournaments that much busier and turn over a ton of rake in the process. Casino games would also be boosted greatly, as many players around the globe are very keen on online slots and other popular table games.

The rise of online gaming in the state has seen New Jersey’s overall casino revenues increase by a staggering 21% in the past year. The growth that intrastate iGaming has brought to the live casino scene is something that cannot be ignored, so it should be interesting to see if S3536 gains momentum in the coming weeks, especially if it means opening the doors to an even bigger base of customers from Europe and beyond.